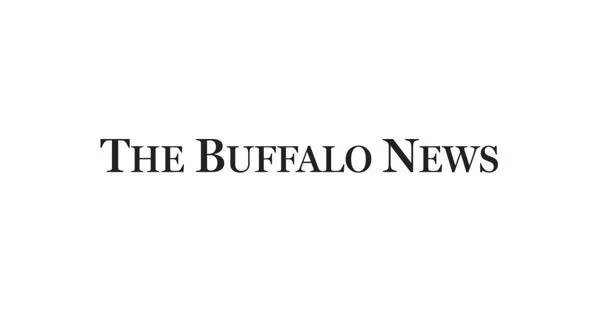 It took a telephone call halfway around the world to reunite a Buffalo woman with the brother she hadn’t seen in half a century.

Separated from her brother when he left Europe after World War II,Rakhilya Shvartsman finally got to put her arms around him in a tearful meeting last week at Toronto’s Pearson Airport.

Mrs. Shvartsman and her brother, Gilbert Traub, fled to the Soviet Union in 1939, days before their native Poland was invaded by Nazi Germany.

She stayed in the Soviet Union, emigrating to Buffalo in 1990, while Traub made his way to Melbourne, Australia.

They exchanged a few letters in the 1940s, then contact was cut off. After Josef Stalin’s death, Mrs. Shvartsman tried unsuccessfully to locate her brother through the Red Cross.

In Buffalo, her husband, Perets, mentioned his brother-in-law to Rabbi Heschel Greenberg of the Jewish Discovery Center in Amherst. Rabbi Greenberg made a call to an associate in Australia, who found three Traubs listed in the Melbourne phone book.

“I couldn’t talk because I was so excited,” Traub said.

The phone call affected Mrs. Shvartsman the same way, so the two agreed to talk the next day when they were more calm.

When they did talk, it was in Yiddish, the language used in their home when they were growing up, because Mrs. Shvartsman speaks Russian and Traub speaks English.

Traub, a retired cabinetmaker, wanted to visit Buffalo right away, but he could not come until after he recovered from surgery. He made the trip last week, arriving Wednesday.

She had a photograph of her brother that was taken in 1948, and she was afraid she would not recognize him, she said. But she knew him instantly.

Always close when they were young, Traub feels the same way today.

“You can’t get closer than a sister,” he said. “I was lucky. We were always together.”

Sitting in the Shvartsmans’ apartment, the siblings recalled leaving Poland for the Soviet Union when she was 16 and he was 18. They worked in a factory during World War II, which is where Mrs. Shvartsman met her future husband.

“I went first (to the Soviet Union),” Traub recalled. “A few days later she came. I thought we were just going for a couple days.”

After the war, the Shvartsmans moved to Moldavia, where he had family. Traub hated the Soviet Union and wanted to leave.

Traub returned to Poland to look for their parents and three younger brothers. The rest of the family stayed behind because his father did not like the communists, he said. Traub searched for three years but found no clues on how or where his family died. He decided to move to Australia, where an uncle lived.

The Shvartsmans raised a family in Moldavia and settled in Buffalo in 1990 through Jewish Family Services.

Since Traub came to Buffalo, he has been to parties held by various family and friends every night. He wants to visit other cities with his sister and hopes to stay through August, missing the Melbourne winter.

“I don’t know, maybe she’ll throw me out,” he said, smiling.