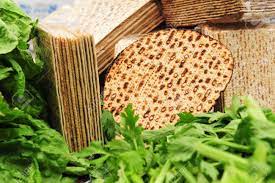 The creation of a sandwich is attributed by some to an 18th century English aristocrat.  As Jews, we know that it goes back at least two thousand years to the days of Hillel the Sage.

The original Koreich sandwich included the Paschal lamb, Matzah and Maror. The fact that the Matzah of joyous freedom and the Maror of bitter slavery are combined poses a conceptual problem. How can one express both the joy of freedom and the bitterness of slavery simultaneously?

The answer is that normally it is impossible. At best, one can float from one mindset to the other. However, that is true when we deal with conventional forces. When we are part of the system, we cannot break the rules of the system in which Matzah and Marorare opposites.

But on the first night of Passover, we transcend the system and simultaneously feel the joy of freedom and the bitterness of the lack of freedom; we integrate the two. Even though we do not have the Paschal offering, we can experience its power by reciting the words: “And so did Hillel do in the days of the Holy Temple. He would wrap Pesach, Matzah and Maror and eat them together.” According to the Talmud, in the absence of the Temple, when we read and learn the words of the Torah about that particular Temple ritual it is as if we have actually performed it.

Thus, by reciting the description of Hillel’s eating of the sandwich, we are empowered to eat and thereby experience the liberating feeling of Matzah and the bitter taste of Maror, without compromising either.

From the Kabbalistic perspective, when we reach the ultimate Divine source of those opposite elements, we discover that they are not really opposites. They both derive from the same G-dly source that is the potential for both expressions. As we access the transcendent aspect of G-d, by eating the Paschal lamb or by reciting the words that describe what Hillel did, we reach the source of Matzah and Maror; we touch the place where the two intersect.

Have a question on this topic? Ask the Rabbi Cancel reply