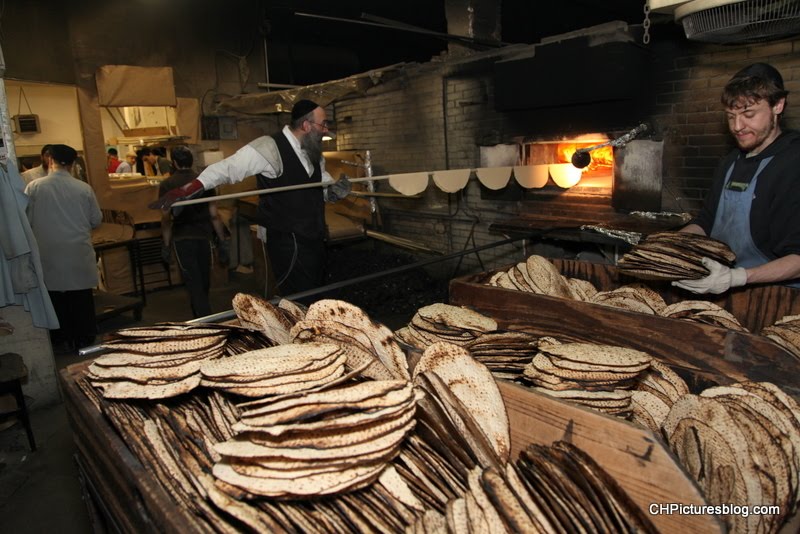 THE MITZVAH OF MATZAH

By eating the Matzah, we ingest that which the Zohar called the “food of faith” (the first Seder) and “food of healing” (the second Seder), because it nurtures our faith and introduces us to a higher level of G-dly awareness. This, in turn, enables us to heal our spiritual maladies.

NOT JUST A PHYSICAL EXERCISE

Although eating Matzah is a physical and culinary exercise, it is endowed with more potent spiritual energy than any subjective spiritual experience. This is because spirituality, in and of itself, is not synonymous with G-dliness. No spiritual being—even the most sublime angels—can grasp G-d. Conversely, physicality is no obstacle for G-dliness. G-d, and only G-d, determines who can grasp Him and connect with Him and how we can accomplish that goal.

Generally speaking, every Mitzvah we perform connects us to G-d. As already noted, the very word Mitzvah can be translated as connection or bond. The only way we can connect and form a bond with G-d is through His designated method, not through techniques of our own design, not found in the Torah.

To be sure, all of our sincere and positive emotions and spiritual feelings are praiseworthy and encouraged. But, their value is apparent only when they are attached to the fulfillment of G-d’s will—the performance of the Mitzvot.

Of all the Mitzvot, only Matzah contains such powerful G-dly energy that it can actually be ingested physically, mirroring the way it is internalized spiritually.  At its most basic level, Matzah is what nurtures our faith in G-d. And on the higher plane, it enhances our understanding of Him.

Matzah, eaten during the Seder, after dark, instills within us a G-dly energy, that gives us the opportunity to be aware of His presence in ways that nothing else can.

It is important to note that eating Matzah at any other than the times designated by Jewish law does not generate any spiritual power. The Torah makes it clear that one must partake of the Matzah on Passover “night.” Night is defined as the time after dark.

Matzah. At its most basic level, it is what nurtures our faith in G-d. And on the higher plane, it enhances our understanding of Him. There is one condition; It must be eaten at the prescribed time in the prescribed amount in accordance with the dictate of the Torah.

Matzah that isn’t eaten doesn’t have that capacity.

MATZAH AND CHOMETZ: SO SIMILAR BUT YET SO DIFFERENT

Even the word Matzah has significance.

This difference is reflected in the actual words Matzah  מצהand chometz חמץ, which share the letters mem-מ and tzadik-צ. What distinguishes Matzah from chometz? It is the third letter in each word. In chometz it is a ches– חand in Matzah it is a hei-ה. These two letters are also almost identical. The difference is a little opening on the left leg of the hei that is absent in the ches.

The point is that the subtle change between a person who allows his or her ego to inflate and one who is humble makes a world of difference. Humility can transform a person from being an objectionable human being—as chometz is objectionable on

Passover—to one who is capable of realizing the highest spiritual ideals.

The opening at the bottom of these two letters—the hei and the ches—suggest the potential for decline. In the hei-humility model, though, there is an opening on the top.

In simple language, this means that a person who is humble can reverse course; his decline is not inevitable. He can always free himself from the downhill spiraling of his emotional and spiritual life. The person who has a chometz personality, tragically, is unlikely to feel that he is trapped and therefore will not seek to escape.

Put in the context of the freedom that we experience on Passover, it can be said that the chometz personality cannot extricate himself or herself from his or her state of confinement—the state of Mitzraim—because he or she is so locked in to themselves. Only a Matzah-humble personality can transcend self and truly be liberated.

Have a question on this topic? Ask the Rabbi Cancel reply